TURNS OUT IT IS FRACTURED IN 4 PLACES ALONG MY ELBOW AND WILL REQUIRE SURGERY...

I AM LOADED UP ON PAIN KILLERS

MCDONALDS SO FAR HAS BEEN COOPERATING

I CAN ONLY TYPE WITH ONE HAND.

MY INJURY AFFECTS MY SUPINATION
Posted by Hobgoblin238 at 9:41 PM 4 comments:

I BROKE MY ARM 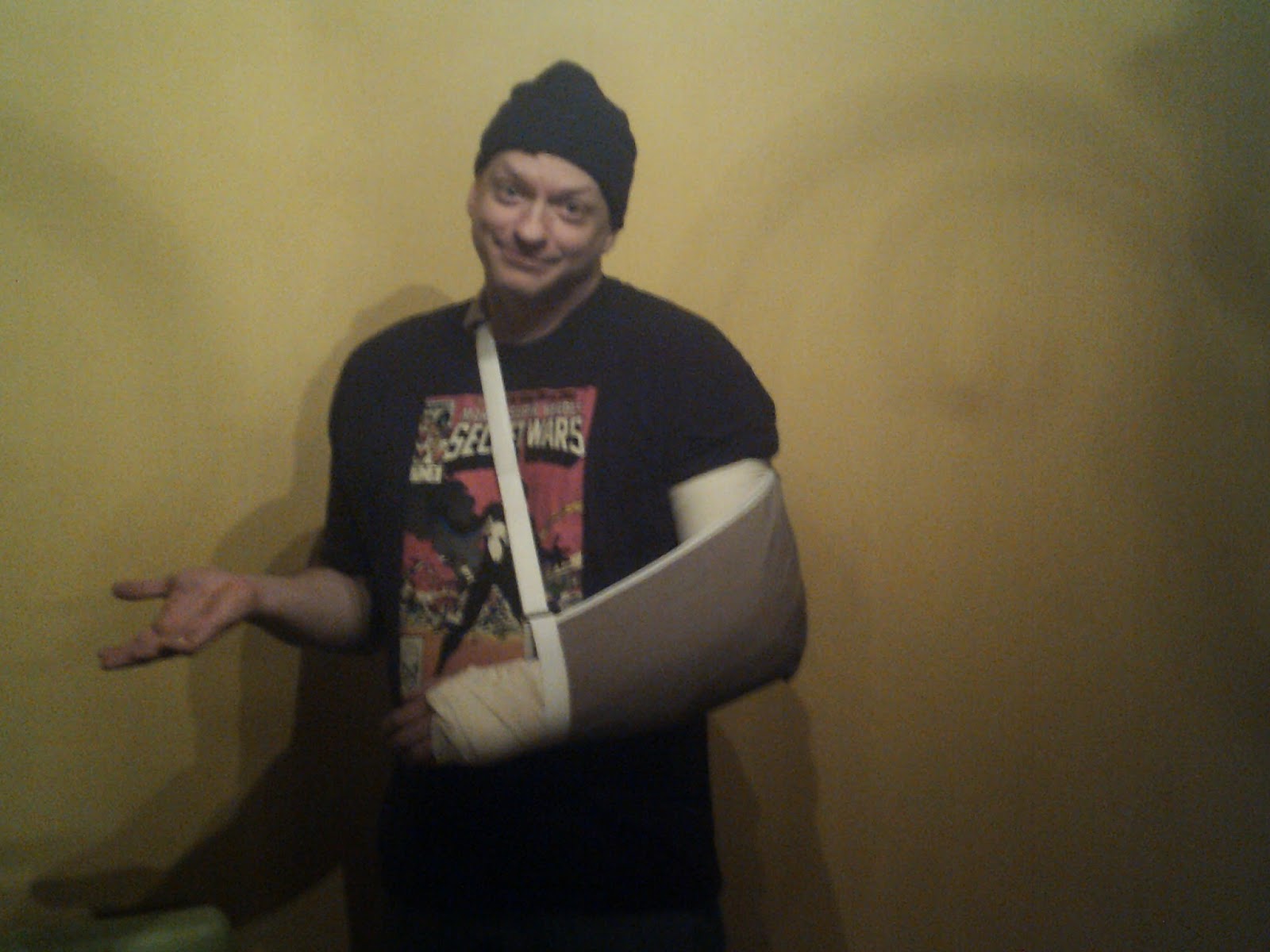 I ONLY HAVE ONE HAND TO TYPE WITH...

SLIPPED AND FELL AT MCDONALDS...

2014 was amazing to me!  Now 2015 I am focusing on finishing my Star Wars collection.  BuzzChuck set off a wave in me.  An emotional tide.  Him sending me Walrus Man and Hammerhead just ignited a fire in me I long thought died.

The original Star Wars figures mean more to me than any new fangled Marvel Universe multi articulated figure could ever.  I know it is a generational thing.  But now I am on the warpath.  I have been all over with my collection.  But now this year will be to focus on Star Wars and only Star Wars.  Finishing the original movie and empire lines.  I care not for ROTJ though.

The other thing I will focus on is the Horizon Monster model kits.  There are a few left.  Dracula, Mole people, Frankenstein, Son of Frankenstein, and the Mummy.  I WISH they had the Wolfman but they do not.  Oh well.

Once it is accomplished I may do more custom projects etc.  My wrestling itch was satisfied for a time but I could ride that horse again too.  I still want to do an arena, a slimmed down boiler room, a general manager's office etc.

I have a few more things coming my way but for now it might be it for awhile.  The winter time for the Monster Cafe quite frankly sucks.  Those alcohol licenses are due again....

So I gotta save money for awhile.  Hopefully not too long though.
Posted by Hobgoblin238 at 2:15 AM 3 comments: